WHY ARE ENGAGEMENT SHOOTS IMPORTANT?

Engagement Shoots sounds scary, but I promise you there not! Have a perusal through this post about why they aren’t and why they are in fact, awesome! 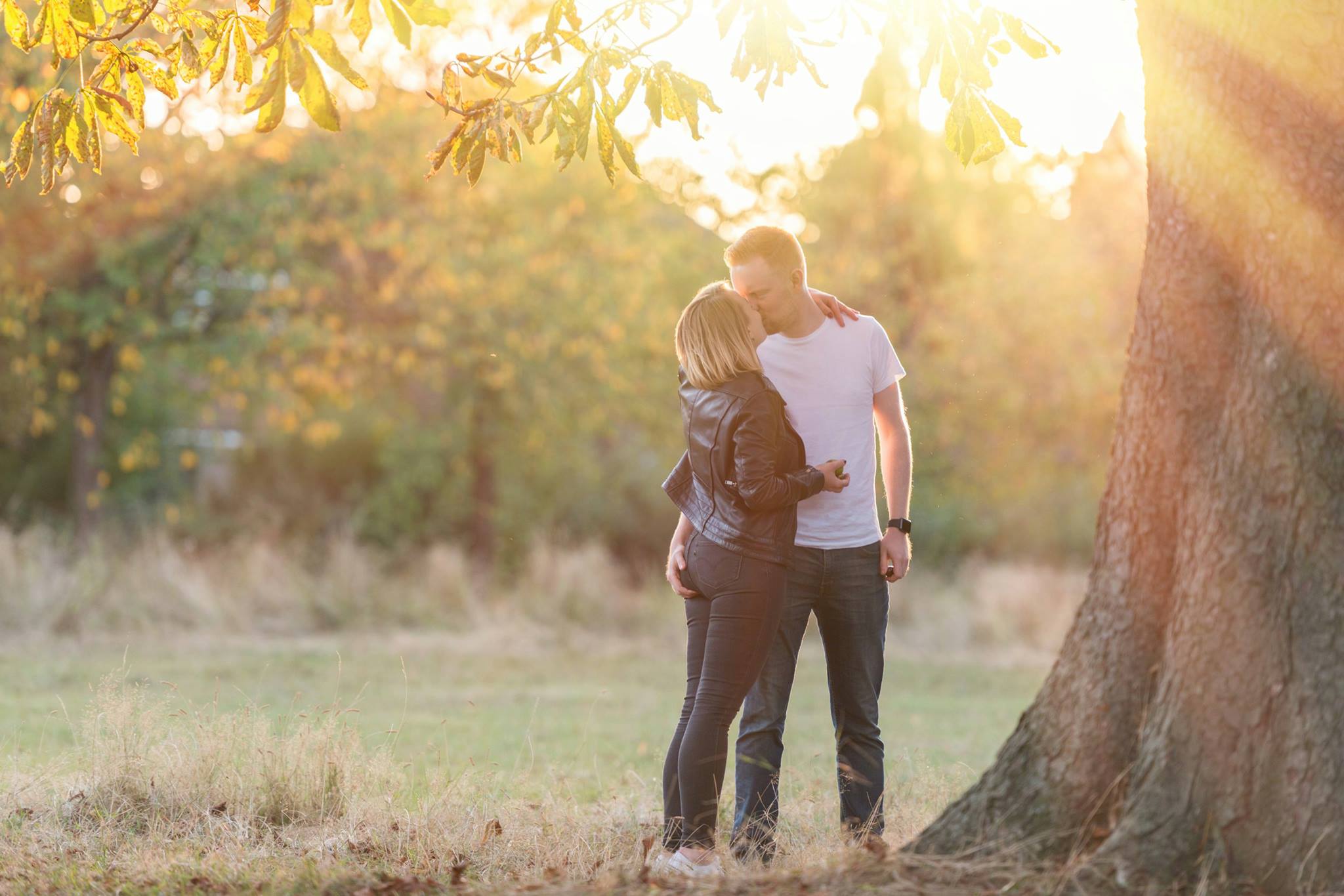 My opinion on why they (Pre-Shoots) are important – but not a necessity! This is going to be a really hard one to write and not have some kind of bias to it but I’ll give it a whirl and see how we get on!

So. Looking for a photographer from my experience was initially going to be impossible. Having spent 10 years as a designer, commissioning photographers and also knowing some, meant that I already had a pretty high standard of what I wanted.

I knew that finding the right photographer was the most important thing for me.

That is the important bit. Me.

Finding your photographer is like finding the right job. With your job, you are going to be with these people for most of the week, month, year. You have to like these people – I know, obvious!

The same principle works for your photographer but on a much more intense level.

They can have the greatest photos in the world but my god if they are a nusance, or a pest and get on your nerves or your just don’t feel its right. Your going to notice it on your day I can promise you!

The amount of times I’ve heard people say, the photos were ok, or the photos we good but he was just a bit of a twat – surprisingly common apparently!

You have to have a connection with your photographer, you have to like them. This is one of the reasons why Engagement shoots, in my mind are really important!

This person will be with you for the whole shebang, they will see what other guests won’t and if you start on the wrong foot, then it ain’t likely to get any better.

So for us the offer of a pre-shoot was something we wanted to do to get used to having a camera in our faces and also, to get some professional shots once we got engaged, its rare for us to get ‘good’ photos of us that aren’t selfies.

It also meant we actually got to meet our photographer in a situation as close to what it will be like on the day as possible…without the suit or dress.

We met at the venue and it was brilliant!

For 2 people who hate having there photos taken, we really enjoyed it!

To be clear. You don’t have to have one of these to meet your photographer, god no.

You’ll likely have already met them, at a friends wedding, at a wedding fair and thats probably why you chose them, you like their work but more importantly you like them. – again with the connections.

If you go the online route, usually via a friend. You’ll speak to them over the phone or through Skype of Facetime which is always a good starting point so you can ask as many questions as you like and recreate your very own Spanish inquisition from Engagement Shoot to Safety measures. To be fair this is usually a good way to judge it and often it can be all you need!

I’m definately not suggesting if you don’t have a preshoot then your doing it wrong. Blimey no!

The thing for me about Engagement Shoots is simple.

I really love them. I really enjoy them.

I’ll be honest, by the time I’ve travelled to wherever we’ve decided to have the Engagement Shoot. Taken the photos of the lovely couple, Driven home and then processed all the photos. I’m not making much money, if you break all the time down spent doing the whole thing. I’m being paid less than minimum wage.

Plus you get some lovely photos you can keep forever! – win win!

I do it because I love it. It’s about meeting the couple face to face, getting to know them, asking them about their big day, talking about what they are after, things they like and what they don’t like and – the single most important thing.

Making sure that when it comes to the day, they will be as relaxed as possible for me to be taking their photos.

As a final note, don’t think for a second Engagement Shoots are just for people who, well, got engaged. They are portrait sessions at heart so if you want to have some epic photos taken of you and your other half. Give me a shout! Check out Sarah and Aarons engagement shoot in Bristols MShed. 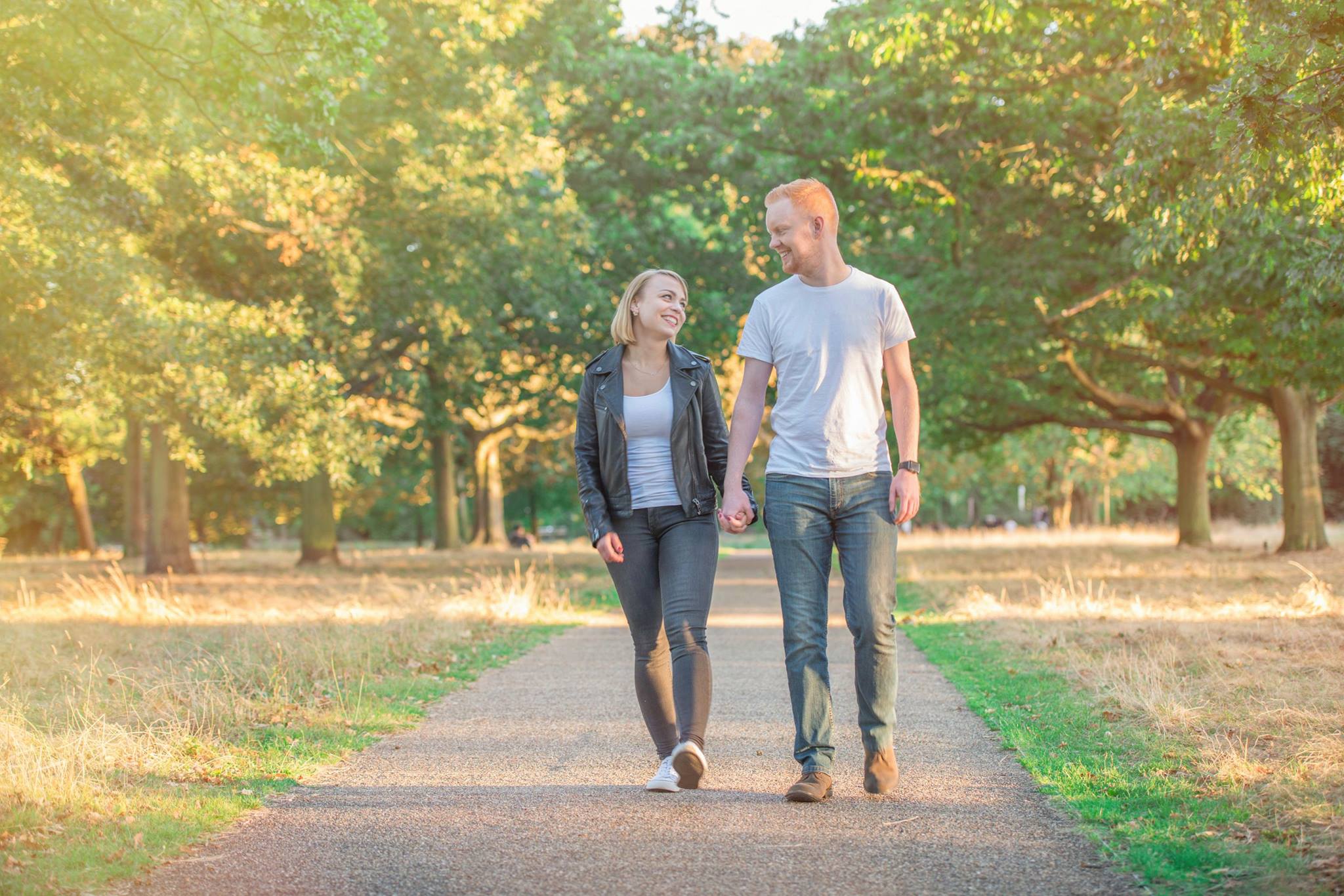 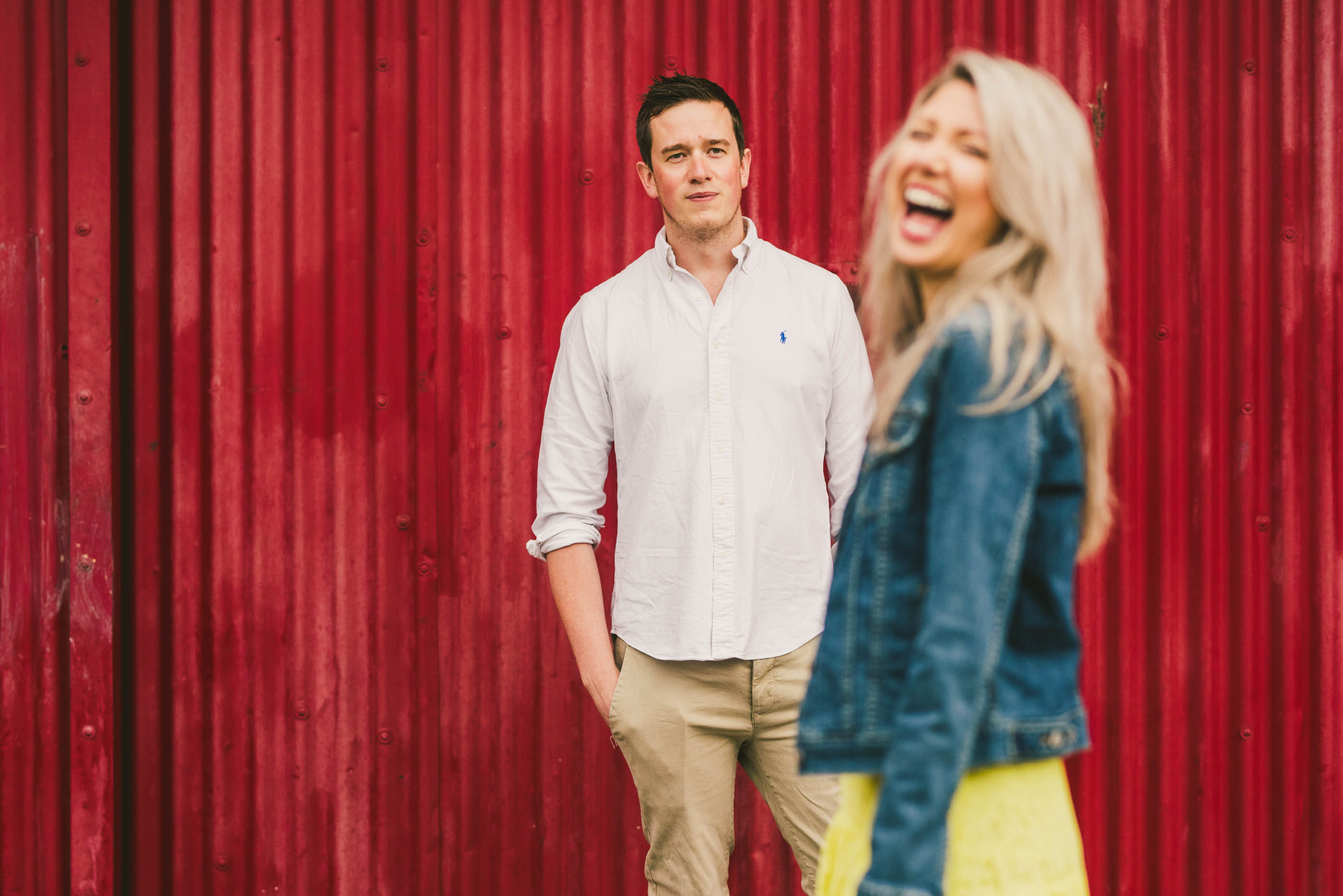 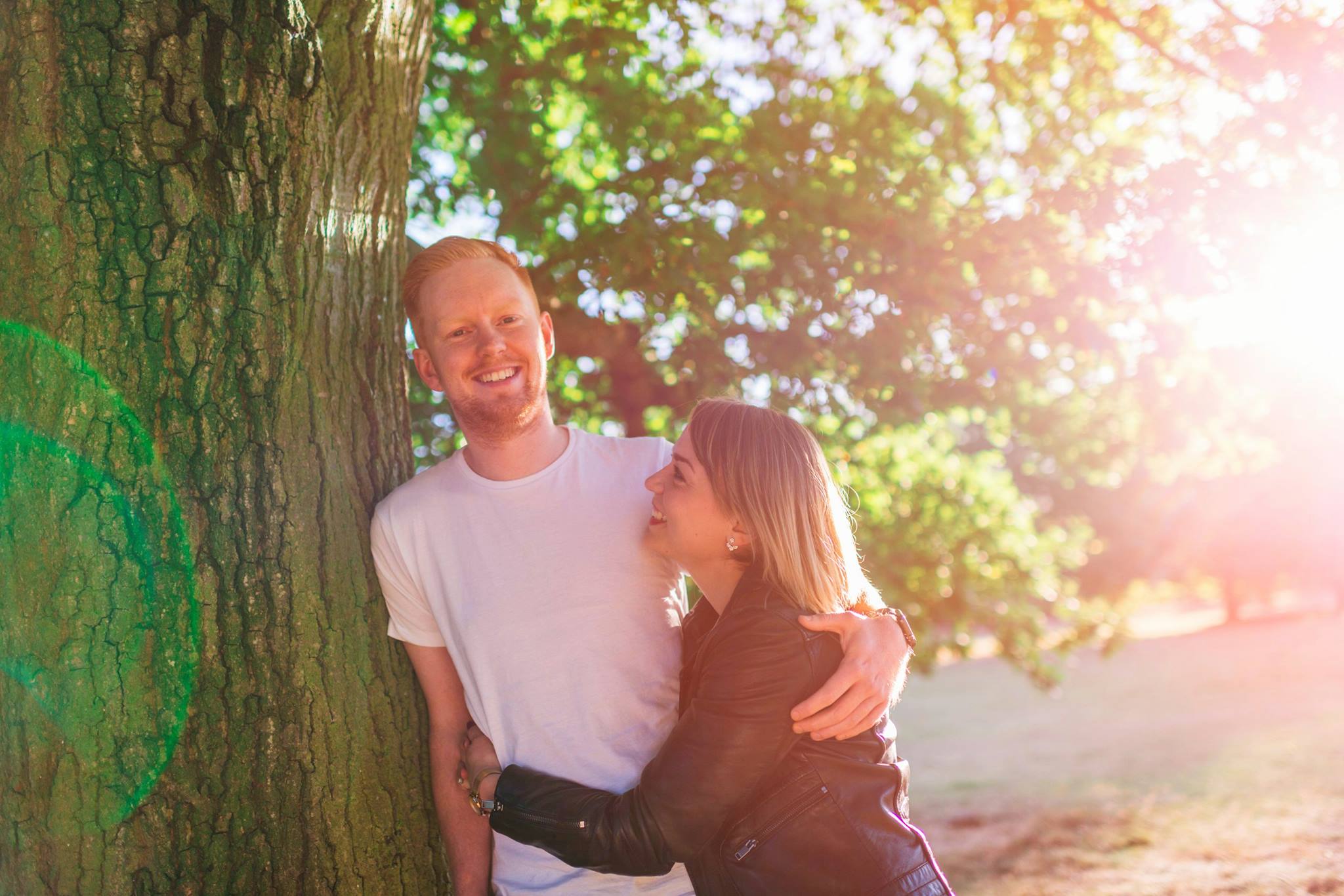 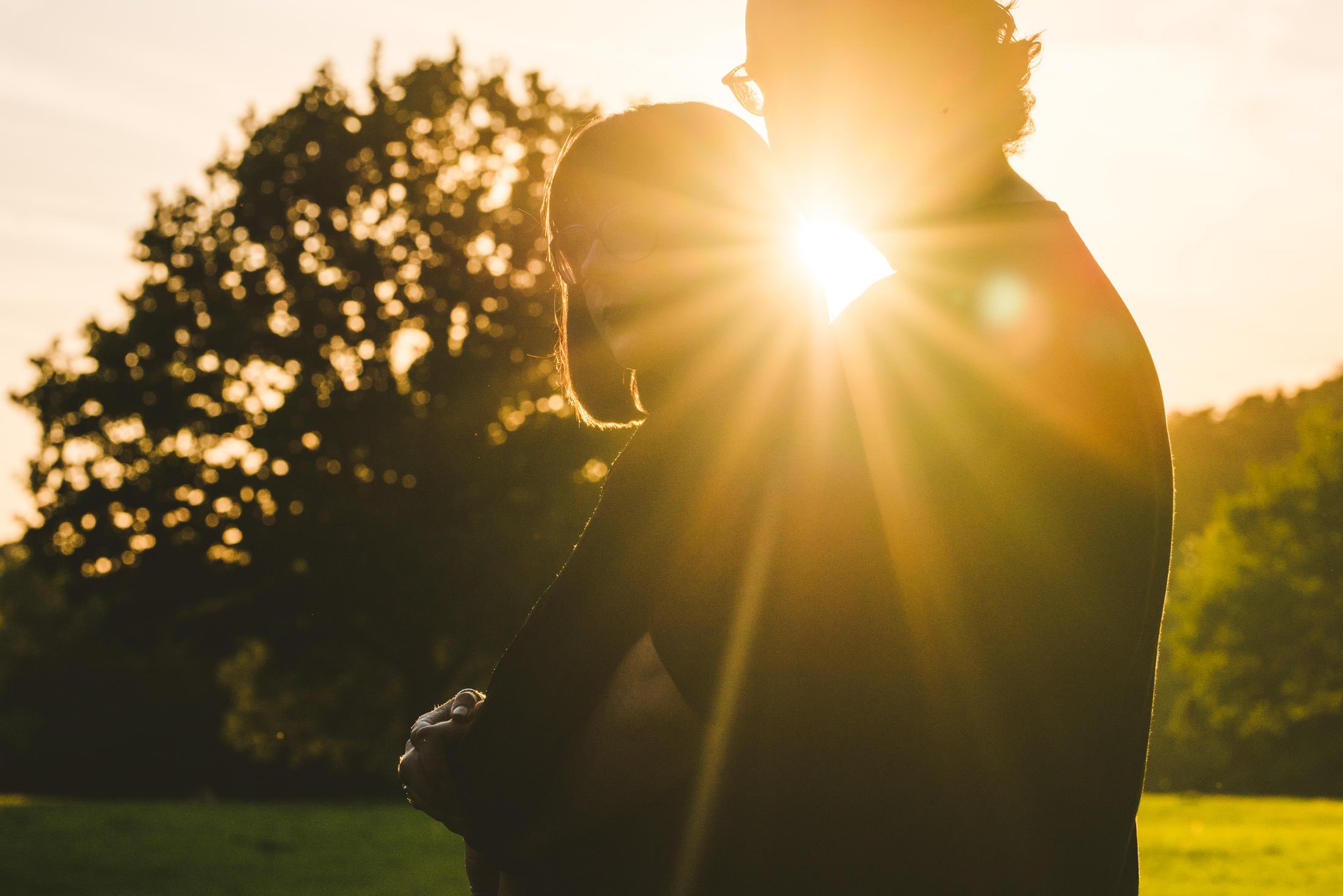 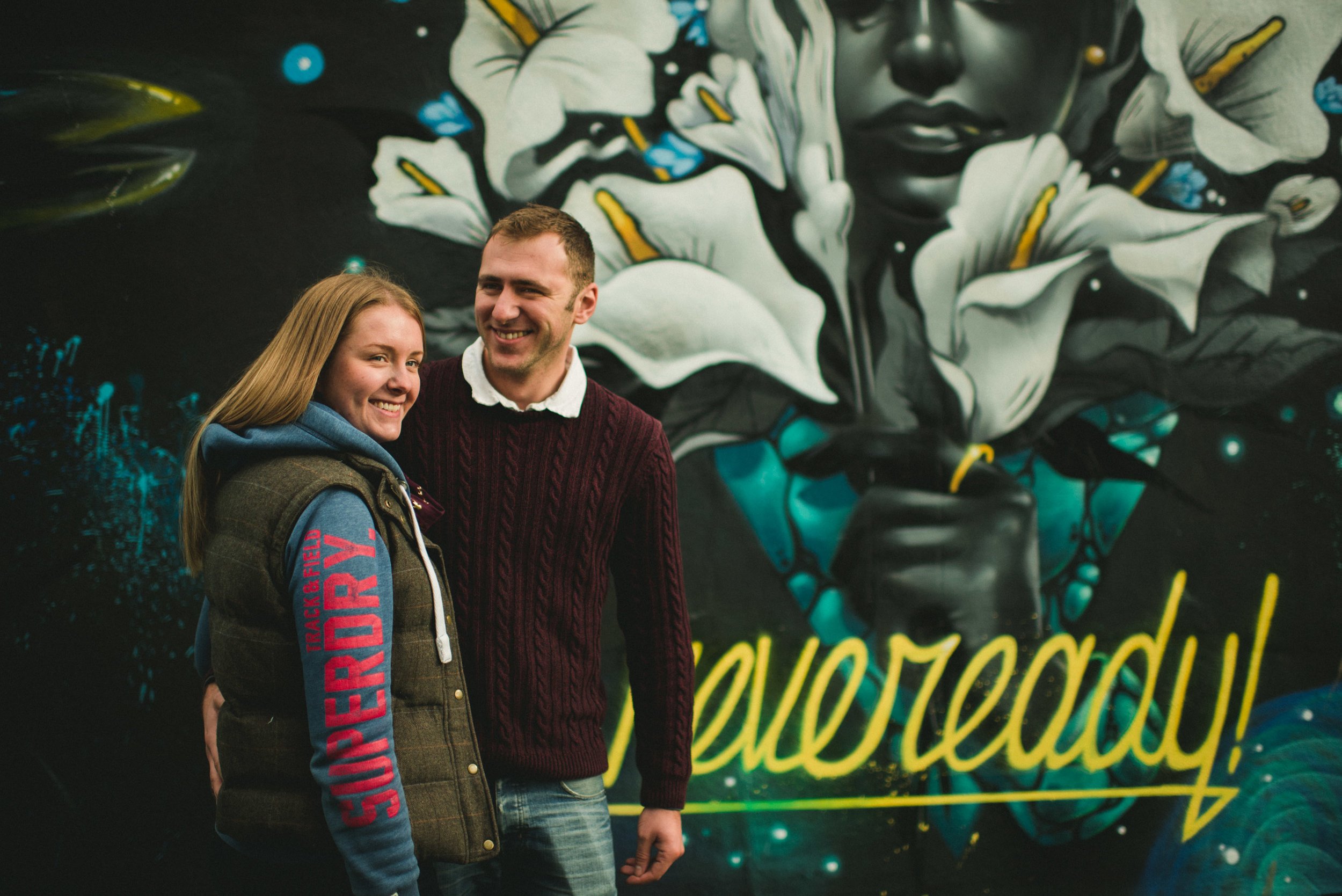 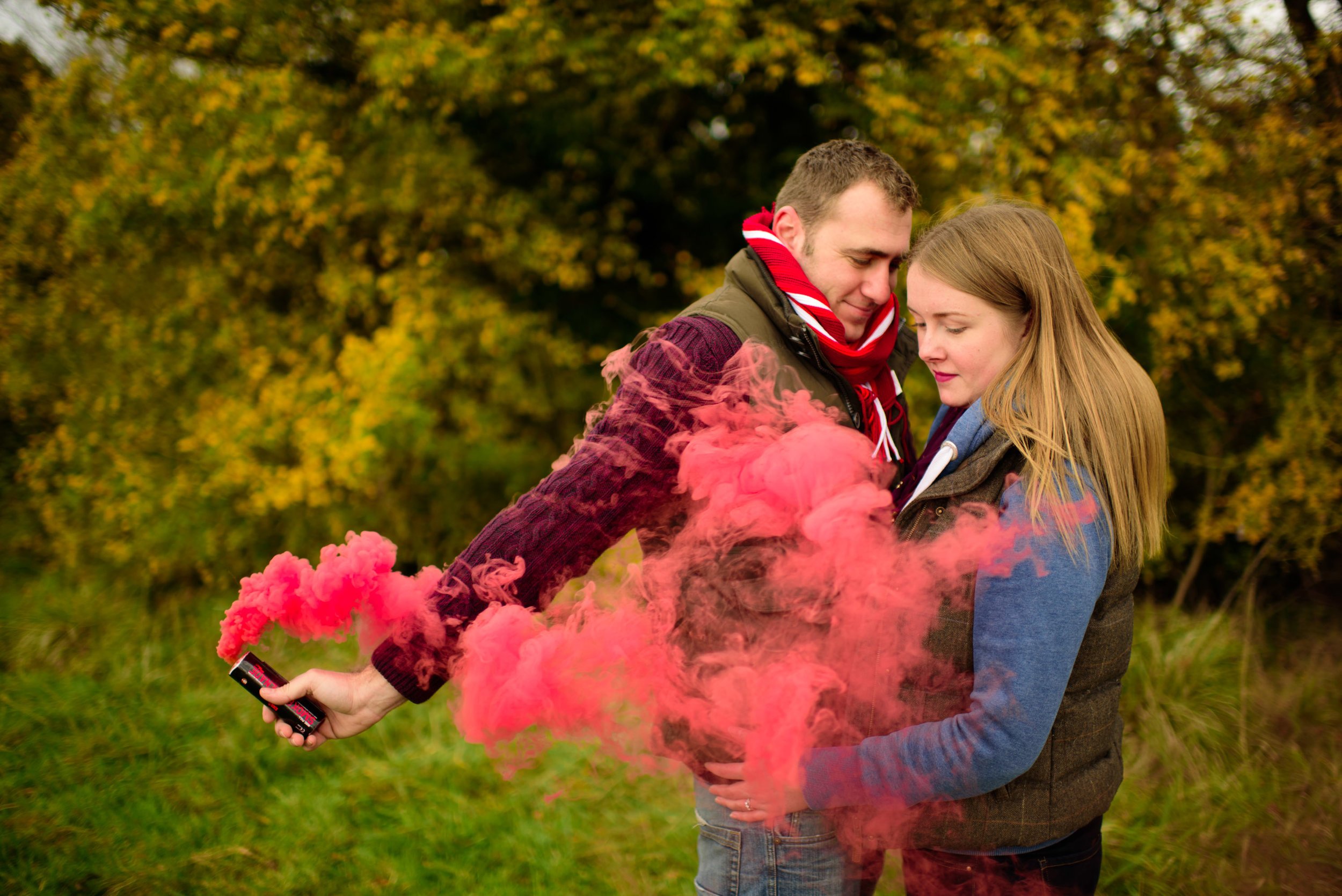 The Barn at Upcote – Gabby & James

We can get booked up pretty quickly so best get in touch to see if there's space in the calendar!

Not only is Chris an incredible photographer, he’s also an excellent human to be around! We can’t thank him enough for making us feel comfortable, and the amazing set of photographs we’ve got from our wedding day. He captured the vibe so perfectly and worked solidly all day - he was the perfect choice.

Chris is such a brilliant wedding photographer. We were so pleased with our photos and he's such a nice guy and easy to work with. Highly recommended him!!!!

It was fantastic to work with Chris - he took our engagement pictures last year and then photographed our wedding. We both love his style - no posing, no awkwardness but still produces amazing pictures that everyone loves. He works great with adults (even those who had few drinks), animals and kids. We now have collection of beautiful pictures documenting our special (fun!) day. Thank you Chris! X

Can't rate Chris highly enough; we genuinely wish there were more stars! From pre wedding to post he was there and able to go above and beyond to capture our day better than we could've ever imagined. Don't bother shopping around because honestly, if you're after wedding snaps, here is your guy.

I can work to most budgets but do get in touch if you would like to chat about your day!